Speech Jammer 5.1.4 has been reviewed and approved by Apple and is now available on the iOS App Store.

This is a maintenance update that has performance improvements and framework updates to ensure that the app continues to run smoothly. Additionally, Speech Jammer 5.1.4 adds support for Macs using Apple Silicon (M1 Base/Pro/Max/Ultra and M2 Base/Pro/Max, as of writing). Find it in the Mac App Store.

As the migration to Swift nears completion, I will begin to assess the possibility of writing a macOS version of the app to be deployed as a native app compatible with both Intel and Apple Silicon.

Speech Jammer 5.1.2 has been reviewed and approved by Apple and is now available on the iOS App Store.

This update adds the ability to export individual recordings off-line for sharing without uploading to the Speech Jammer Sharing Service. This was a big step for added privacy for users. Details are available below. This update also includes enhancements for the latest versions of iOS.

Speech Jammer 5.1 has been reviewed and approved by Apple and is now available on the iOS App Store.

Update as of August 1st 2020 at 1:57AM Eastern
Thanks for your patience. This maintenance is complete and all services should be operational once again. Stay tuned for upcoming app updates very soon! Stay safe!

The shared recordings server is currently undergoing maintenance to resolve a server-side issue. During this time, some server-based functionality of the app will be unavailable (e.g. individual recording sharing).

This is to resolve a minor backend issue with recording file handling. The server is transferring files successfully and sharing properly with an encrypted connection; however, some recordings were being queued indefinitely at the first server that was chosen for the upload. This does not result in any user facing problems, but means that data is being unnecessarily duplicated. There is no security or privacy concern as the whole process is encrypted and files queued for sharing at the first server are never facing the public internet.

I would just like to fix the issue as I prepare for some big upcoming changes.

Fresh off the heels of the WWDC20 Keynote, I figured it’d be a good opportunity to provide a little bit of an update on some of the apps I currently maintain. I’ve already made a commitment earlier this year to focus on modernizing my apps codebase.

Considering the huge announcement that Apple let loose regarding the shift to Apple-based SoC’s for Mac (and the move away from the macOS/OS X 10.x naming scheme), I wanted to provide a little insight into my current plans for existing apps (which is a relatively big undertaking, albeit not as big as the one Apple has planned for their Mac lineup!)

Speech Jammer
Speech Jammer 5.0 was released earlier this year after quite a bit of testing and development. It utilizes an entirely new audio engine and added a few big features to help make sharing easier. However, the focus of Speech Jammer 5.0 was modernization. For example, 5.0 moved the app to a more modern core that allows the app to utilize proper multi-tasking support. This means that users can now leave the app and continue to experience the app, even with it closed.

Speech Jammer 5.0 was just the beginning. Although there were many optimizations and many new features added in 5.0, my plan for Speech Jammer 5.x is to re-write many parts of the app for efficiency and to make sure that it’s ready for the future. The primary goal here is to move Speech Jammer entirely to Swift. Essentially, 5.x is a period of refinement.

The real work that went into Speech Jammer 5.1 is under the hood. While some components of Speech Jammer were written, or re-written at some point in Swift (namely the tongue twister feature, the FAQ system, the support system, and shared link feature), most components are still based in Objective-C. This isn’t inherently a bad thing at all, but the codebase is getting a little long in the tooth and could use some cleanup beside an overhaul, and this is a perfect opportunity to move Speech Jammer onto a modern programming language and have it better aimed for the future.

Speech Jammer 5.1 and the move to Swift
Speech Jammer 5.1 is scheduled to be released very shortly some new features and reliability improvements. Notably, it adds a new options system that allows customization of many features of the app. It also allows users to use the microphone on their Bluetooth headphones (or, using the new options system, use their devices microphone for the highest quality audio). There are a lot of other options and feature requests that were implemented in this upcoming update, but we’ll discuss that in the update blog post when it’s released.

Speech Jammer 5.1 brings most parts of the app completely into the Swift world. The recordings service, sharing service, archiving service, and file management service have all been completely re-written in Swift (including the UI controller). This also brings some major efficiency improvements that can be felt throughout the app.

Speech Jammer 5.2 and beyond
Speech Jammer 5.1 should be released shortly, and it brings with it a new deployment target of iOS 10 or later. It is almost entirely written in Swift (sub the main core), and lays the groundwork for the future. Speech Jammer 5.2 is also under development for release later this year, which will (hopefully) have the entire app completely moved over to Swift with a new codebase. Of course, there will be new features available with it, but the focus of this post is to provide a little bit of an update on the big transition I’ve been working on.

Start Usage Meter
Usage Meter for the greatest ISP ever
Start Usage Meter is another project that I’ve wanted to focus a lot of my efforts on. I’ll have some more updates on it shortly; however, I’m pretty happy with where it is right now. Version 2.5.7 will be released within a few weeks containing some very minor tweaks and enhancements.

There are a lot of pieces of Start Usage Meter that use outdated or deprecated practices. For example, it doesn’t use base localization, it uses some heavier API’s, and doesn’t have a single line written in Swift. These decisions were all intentional in an effort to offer full support going back to OS X Lion. It still provides a really modern app experience on the latest operating systems, but will still run on OS X 10.7. I would still like to move it onto a more modern codebase (written in Swift) and update it, and am currently deciding the best approach. Any changes to the deprecated practices I’m currently using, will likely mean a deployment target of OS X 10.8 Mountain Lion or later.

Moving Start Usage Meter forward
My current plan is to test, release, and sit on Start Usage Meter 2.5.7 to make sure it is running smoothly and without issue. At some point after its release, I am going to stamp Start Usage Meter 2.5.7 with the “battle-tested” sticker and fork it, effectively creating two separate app builds. At that time, Start Usage Meter 2.6 will be born and will be a more modern version without support for the oldest versions of macOS. It will gain all the new features which, if possible, will be ported back to the 2.5.7 version and made available through my website for those on older versions of OS X. Otherwise, 2.5.7 will receive bug fix build updates only.

I don’t have a date in mind for this yet; however, I did want to make it clear that 2.5.7 will still be available through my website as a signed, sandboxed, and notarized app. It will receive updates alongside the new versions (which may contain new features, or just back ported bug fixes). Version 2.6 and later will still be distributed through the Mac App Store and will be the best experience you can receive, so if you can run it, stay on that build path. Start Usage Meter 2.6 will also support Apple Silicon-based Mac’s natively and will also support macOS Big Sur along with the UI improvements that come with it.

Speech Jammer 5.0.1 has been reviewed and approved by Apple and is now available on the iOS App Store.

Speech Jammer 5.0 has been reviewed and approved by Apple and is now available on the iOS App Store.

This update contains an all-new audio engine that should result in an all around better experience that is more stable. This also brings much anticipated new features like better Bluetooth headphone support, and multitasking! Speech Jammer 5.1 will be launching shortly with a revamped iPad app!

Export all recordings at once, while offline

Speech Jammer 4.1.2 has been reviewed and approved by Apple and is now available on the iOS App Store.

This is a very minor update that focuses on reliability improvements and UI improvements. I have exciting things planned in the new year and can’t wait to share the overhauled app with you all. For now, Speech Jammer has been updated to support the newest iPhone and creates uniformity of the UI.

This update was not phased and is available to all users immediately. Users with automatic updates should see the update happen within the next 24 hours.

Side note
Speech Jammer 4.1.1 was released on December 13th 2018. It included minor changes to frameworks and other UI enhancements. To the end user, these changes were minimal and unimportant and therefore does not have an announcement on the blog. 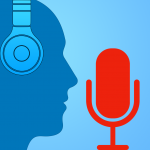 Speech Jammer 4.1 has been reviewed and approved by Apple and is now available on the iOS App Store.

This update to Speech Jammer focuses on stability and usability improvements rather than introducing new features. It includes some fixes to recording sharing, some improvements to the initial starting delay, improvements to AirPods compatibility, and updates core SDK’s that the app relies on.

This update was set as a phased release and will release to users in phases over 1 week. You can force the update by opening the App Store and manually updating Speech Jammer.